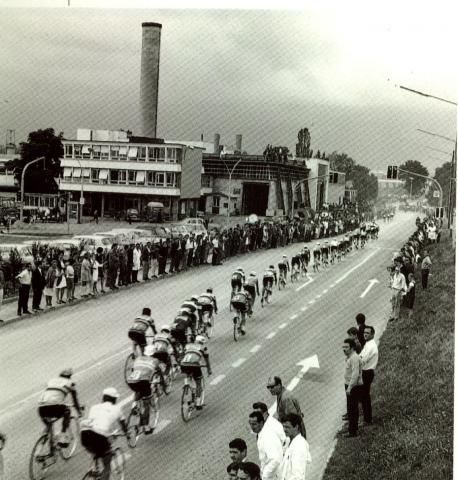 CERN’s internal magazine carried detailed instructions about closed roads, blocked entrances, and suggested detours. Staff were invited to respect the parking ban and to obey police instructions, but plenty of them took the opportunity to pile outside and watch as well. On 19 July 1968 the Tour de France came right past CERN’s main entrance!

CERN staff joined fans lining the route to encourage riders on Stage 20, which took the riders 242.5 km from Sallanches to Besançon, over the Faucille pass in the nearby Jura mountains. This was the last year that the Tour ran on a national team format; stage 20 was won by Jozef Huysmans (Belgium A), who finished 32nd overall when the race ended two days later.