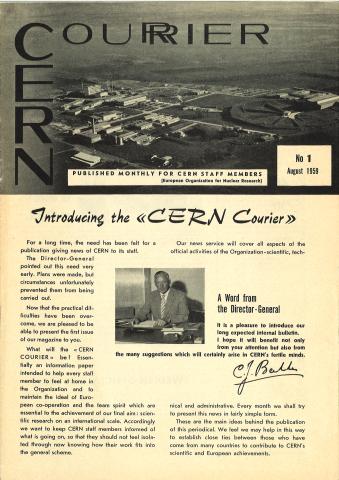 ‘It is a pleasure to introduce our long expected internal bulletin,’ wrote Director-General Cornelis Jan Bakker, ‘I hope it will benefit not only from your attention but also from the many suggestions which will certainly arise in CERN's fertile minds.’

The first CERN Courier featured visiting  VIPs, a forthcoming trip to Russia, feedback on the 13th CERN Council Session and a round-up of news at CERN and abroad (Other Peoples' Atoms). Behind the scenes, an introductory report from the editor discussed the objectives and format of the proposed journal, and also how to finance it. Disagreement about whether it would be ethically acceptable to include advertisements rumbled on for quite some time.