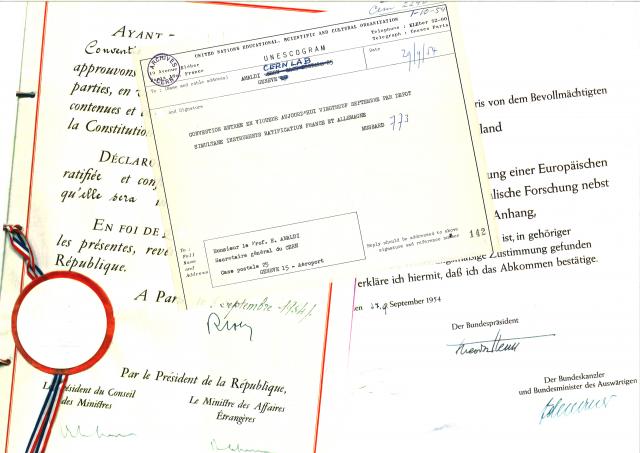 A telegram from Jean Mussard informed Edoardo Amaldi (Secretary-General of the provisional CERN) that the CERN Convention had finally come into force on 29 September, when France and Germany deposited their instruments of ratification at UNESCO House in Paris.

Three more member states were yet to ratify – this took another five months – but the necessary conditions had now been met. The provisional Council ceased to exist and, after a few days during which Amaldi was the sole owner of all CERN’s assets, the new organization held its first meeting in Geneva on the 7-8 October 1954.