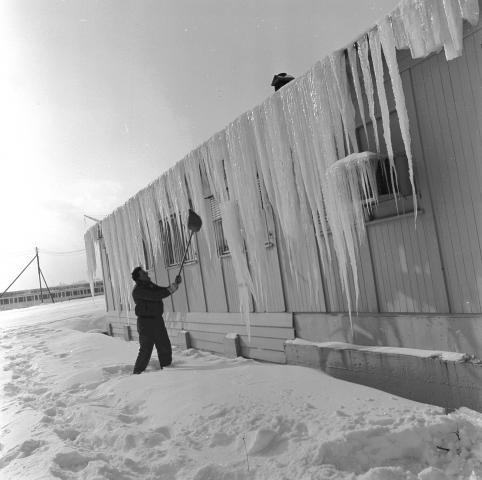 It needed more than a broom to tackle the giant icicles decorating CERN’s labs and offices during the great freeze of 1963. The village of La Brévine, 150km away, lived up to its reputation as Little Siberia with temperatures down to -38°C, while cyclists - and even motorists - enjoyed themselves riding across Europe’s frozen lakes and icy rivers.

The Swiss electricity network struggled to cope with high demand, reduced production and the failure of a high-tension cable bringing power from Germany. In response, CERN limited its consumption as much as possible, modifying or cutting the experimental programme until things improved. See more photos of CERN in the 1963 snow here.