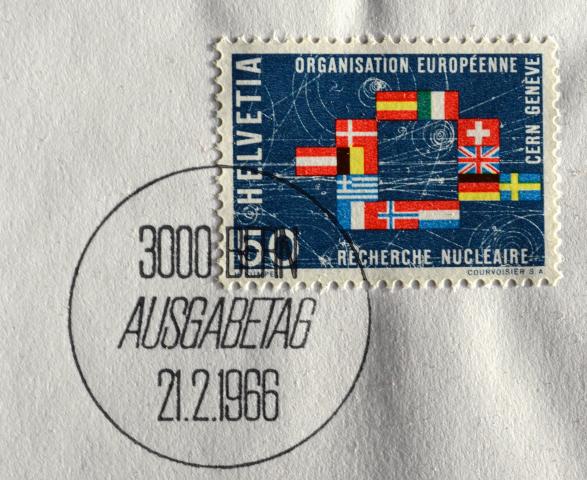 On 21 February 1966 the Swiss Postal Authorities issued a 50 centime postage stamp in honour of CERN. Five Swiss artists visited CERN and were shown around the site, then each presented two designs. The judges selected a design by H. Kumpel  showing the flags of the thirteen Member States of CERN superimposed on a bubble chamber photograph. The flags are arranged to represent the approximate outline of the Swiss border.

A further commemorative stamp was produced by France in 1977 for the inauguration of the Super Proton Synchrotron, and another Swiss stamp marked CERN’s 50th anniversary in 2004.