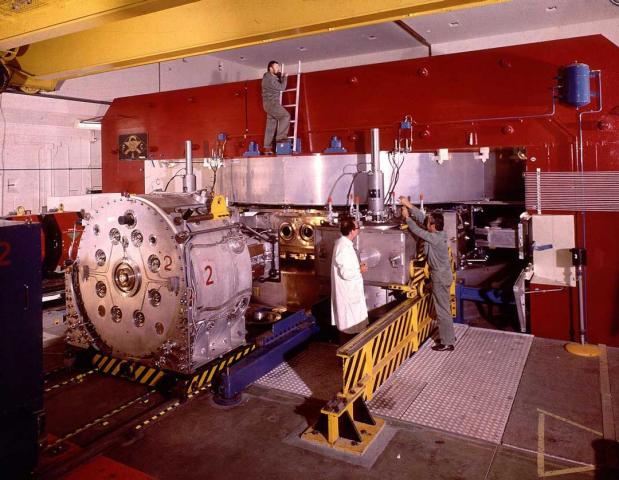 The 600 MeV Synchrocyclotron (SC), built in 1957, was CERN’s first accelerator. It provided beams for CERN’s first experiments in particle and nuclear physics. In 1964, this machine started to concentrate on nuclear physics alone, leaving particle physics to the newer and much more powerful Proton Synchrotron (PS).

The SC became a remarkably long-lived machine. In 1967, it started supplying beams for a dedicated unstable-ion facility called ISOLDE, which carries out research ranging from pure nuclear physics to astrophysics and medical physics. In 1990, ISOLDE was transferred to a different accelerator, and the SC closed down after 33 years of service.