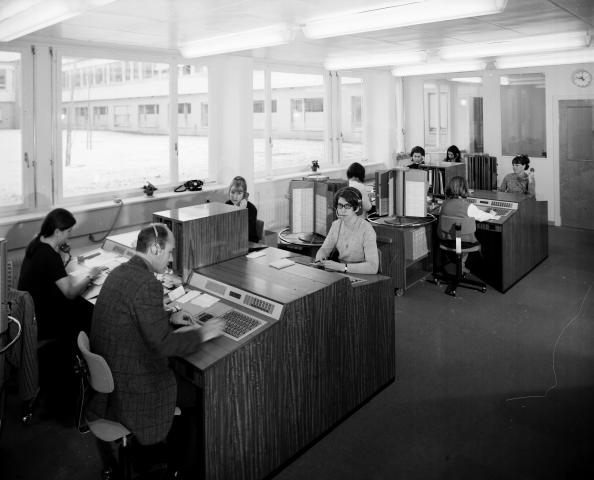 Dialling zero for an outside line could be frustrating in 1965. With just 17 lines serving 1,000 CERN extensions, callers faced long waits – and if the overloaded battery failed no-one could got through at all. Phone traffic had increased by 70% between 1963 and 1965, complaints were frequent and the exchange staff were feeling overloaded too.

No more lines, extensions or operators’ desks could be added to existing exchange, so a new one was commissioned. Stop-gap measures until it was ready in August 1968 included pleas for patience and strict rationing of the only 140 new internal phone numbers remaining at CERN.