Does CERN need to buy a computer? 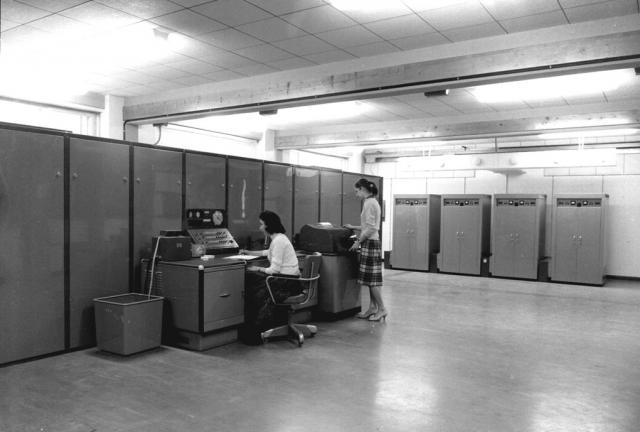 When CERN was just over a year old, the Scientific Policy Committee was asked its opinion “as to the advisability of purchasing [an] electronic computer”. Lew Kowarski thought we should buy one, and his proposal (CERN/SPC/13) makes fascinating reading. He gives an overview of the current state of the market and outlines some issues to be considered. These included costs and staffing requirements, but also the fact that physicists were unlikely to bother learning to use this new machine unless it was clear that the effort was worthwhile!

He considered the pros and cons of hiring a computer or collaborating with other institutes, but felt that purchase would serve us better “if an electronic computation is to become a standard technique in high-energy physics”. His recommendation was accepted, and the Ferranti Mercury computer was installed in June 1958 (see photo).