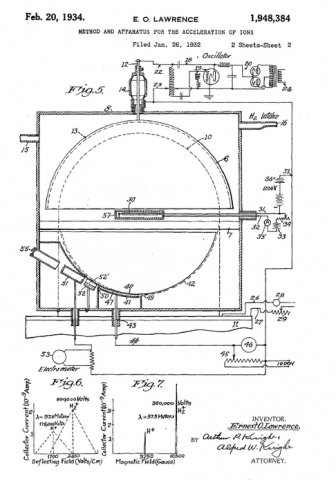 In 1929 Ernest Lawrence – then associate professor of physics at the University of California, Berkeley, in the US – invented the cyclotron, a device for accelerating nuclear particles to high velocities without the use of high voltages. Lawrence was granted US patent 1948384 for the cyclotron on 20 February 1934. The machine was used in the following years to bombard atoms of various elements with swiftly moving particles. Such high-energy particles could disintegrate atoms, in some cases forming completely new elements. Hundreds of artificial radioactive elements were formed in this manner.