The European Organization for Nuclear Research is born 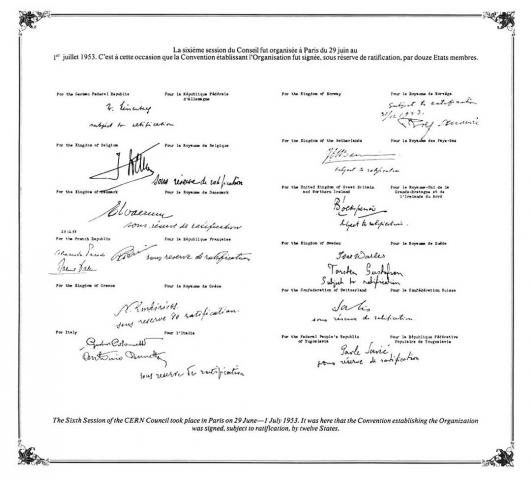 At the sixth session of the CERN Council, which took place in Paris from 29 June - 1 July 1953, the convention establishing the organization was signed, subject to ratification, by 12 states. The convention was gradually ratified by the 12 founding Member States: Belgium, Denmark, France, the Federal Republic of Germany, Greece, Italy, the Netherlands, Norway, Sweden, Switzerland, the United Kingdom, and Yugoslavia. On 29 September 1954, following ratification by France and Germany, the European Organization for Nuclear Research officially came into being. The provisional CERN was dissolved but the acronym remained.