First observations of the spontaneous discharge of an electrometer 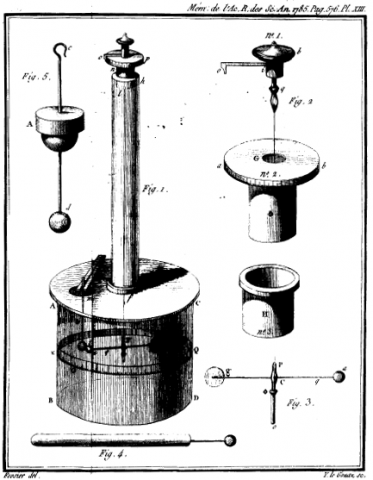 In 1785, the French physicist Charles Augustin de Coulomb made three reports on electricity and magnetism to France’s Royal Academy of Sciences. His third paper described an experiment with a torsion balance, which showed that the device would spontaneously discharge due to the action of the air rather than defective insulation.

In 1850, Italian physicist Cano Matteucci and later British physicist William Crookes in 1879 showed that the rate of spontaneous discharge decreased at lower atmospheric pressures. The search for an explanation for the nature of this spontaneous discharge paved the way for the discovery of cosmic rays – high-energy particles from outer space.