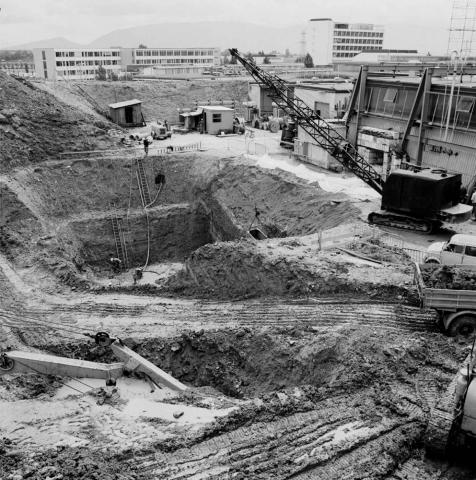 On 8 May 1966, the CERN Synchrocyclotron begins a long shutdown until mid-July. During this time major modifications are carried out as part of a programme to improve the capacity of the machine and its associated facilities. One of the main items of work during the shutdown is the construction of a new tunnel for an external proton beam line to the new underground hall for the ISOLDE experiments. This tunnel is constructed underground to keep external radiation levels down and the existing proton room is kept for experiments that use beams of lower intensity.