Fun and games at the traditional CERN Christmas party 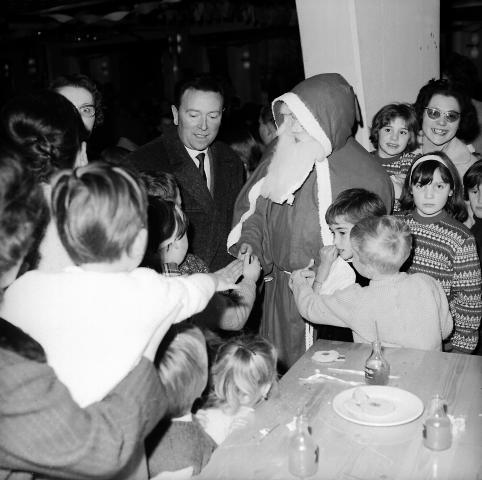 The tradition of holding a Christmas party for CERN children began in the first year of CERN’s existence and still continues. In the early 1960s it was decided to hold two parties, so there would be room to invite non-CERN children from the neighbouring districts as well. In 1964 (on  December 6 for those with names from A to K, and December 13 for the rest) children aged between four  and twelve years old enjoyed a film, a conjurer and musical clowns, followed by refreshments. Transport was arranged for those requiring it, and parents were informed that although they would not be admitted to the party itself, arrangement had been made to keep the bar open for those wishing to remain during the festivities - Happy Christmas!