Launch of the Alphamagnetic Spectrometer (AMS) 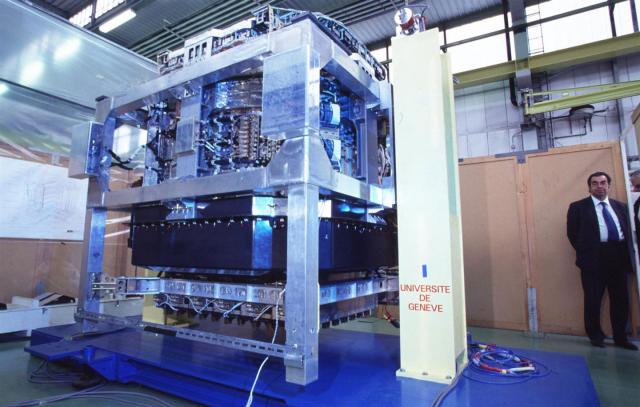 AMS during tests at the University of Geneva, Switzerland, in 1999 (Image: Laurent Guiraud)

On 16 May 2011, the space shuttle Endeavor delivered the Alphamagnetic Spectrometer (AMS) to the International Space station. This took place as part of the space shuttle mission STS-134. AMS is a particle physics detector which looks for dark matter, antimatter and missing matter from a module attached to the outside of the International space station. AMS also performs precision measurements of cosmic rays. Data are received by NASA in Houston and is then relayed to the AMS Payload Operations Control Centre at CERN for analysis. The detector measures 64 cubic metres and weighs 8.5 tonnes. By the 19 May 2012, after a year of operating, about 17 billion cosmic-ray events had been collected.