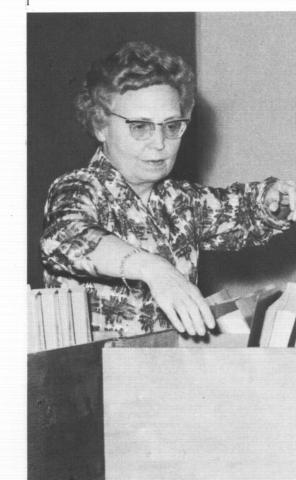 Conferences are a great way to promote international scientific communication, and CERN soon acquired considerable experience in running them.  In January 1961 it set up a Scientific Conference Secretariat to share this expertise, organizing conferences in collaboration with local scientific institutions abroad as well as those on-site. In the early days the Secretariat had a staff of just one person - Miss Steel.

A keen traveller and one of the great characters of CERN, E. W. D. Steel brought experience from an international career in refugee work when she joined the Organization as a secretary in 1955. She soon discovered that conference organizing committees generally had plenty of scientific knowledge, but were less skilled in dealing with the practicalities. She also observed that “most theoretical physicists are delightful people but they are often nervous and highly strung and need to be handled with care”! Her autobiography A ‘One and Only’ Looks Back is filled with anecdotes of a rich and rewarding life.