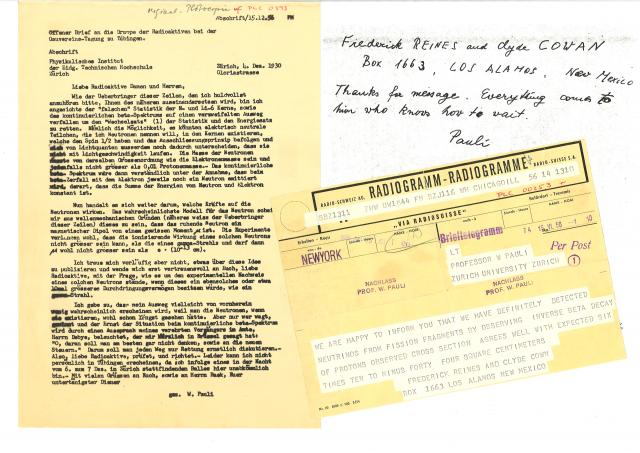 On 14 June 1956 a telegram from Frederick Reines and Clyde Cowan informed Wolfgang Pauli that neutrinos had been detected from fission fragments - nearly 26 years after Pauli first postulated the neutral particle as a solution to the missing energy during beta decay.

Pauli had outlined his theory in a letter to the ‘Dear radioactive ladies and gentlemen’ at the Tübingen conference in December 1930, excusing his own absence from the conference on the grounds that he had to go to a dance in Zürich. The name “neutrino” was coined by Enrico Fermi in 1933.

Apparently Pauli’s reply to the telegram did not arrive, so it survives only in the form of the draft sent by a secretary - Pauli simply says “Thanks for message. Everything comes to him who knows how to wait.”