“OERN is difficult to pronounce in most languages” 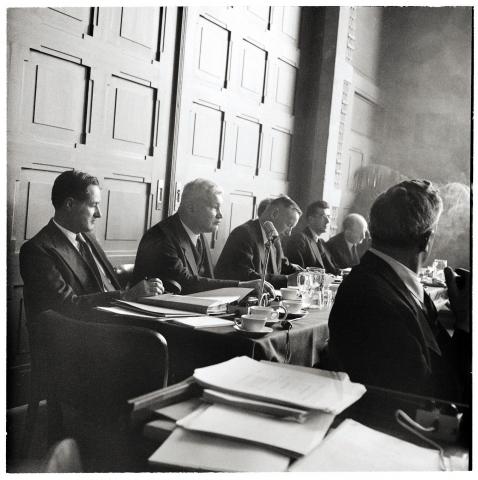 Has it ever struck you as odd that the initials CERN refer to an organization that ceased to exist when the current organization was created? If so, you’re not alone.

The Conseil Européen pour la Recherche Nucléaire was a provisional body set up in 1952 to establish a world-class fundamental physics research centre in Europe. It was dissolved when it had successfully accomplished its mission but by then, of course, the acronym CERN had stuck. Most people felt this wouldn’t cause any particular legal or other complications, though Lew Kowarski (second from the left in this 1955 photo) considered the idea “so silly as to be intolerable”. You can read Director of Administration Dakin’s memo here.