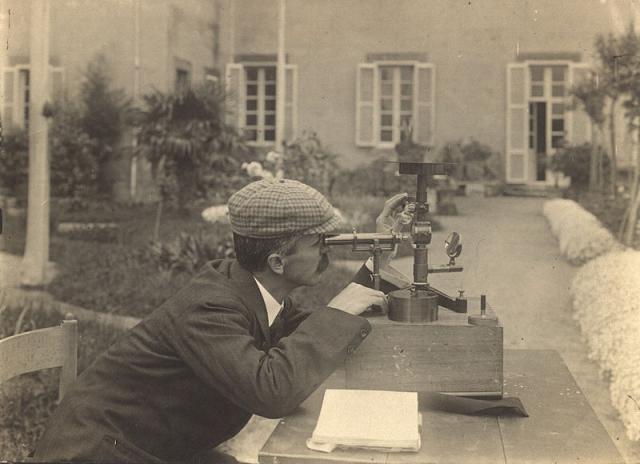 In 1911, Italian physicist Domenico Pacini took readings on a Wulf-style electroscope in various locations and noted a 30% reduction in radioactivity between ionization levels on a ship 300 m off shore from Livorno compared to measurements on land. This result suggested that a significant portion of the penetrating radiation must be independent of emission from the Earth’s crust. He published his paper Penetrating radiation at sea on the 2 April 1911.

Pacini also measured the levels of radiation in the deep sea of the Genova gulf. This experiment pioneered the technique of underwater measurement of radiation. He noted that there was 20% less radiation 3 metres below the water compared to on the surface, concluding that the ionizing radiation must come from the atmosphere.