The Proton Synchrotron is up and running 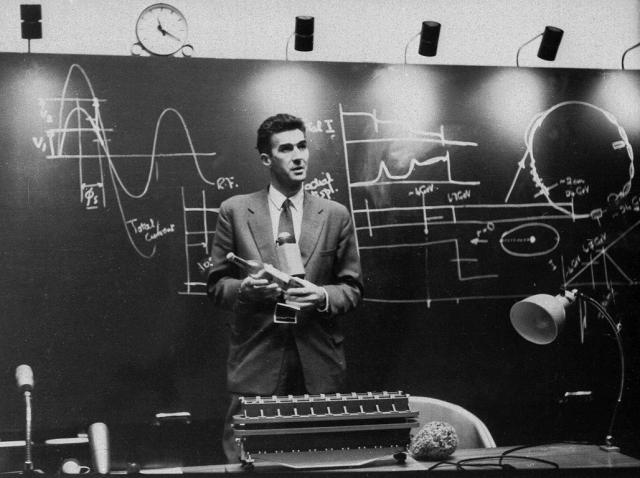 The Large Hadron Collider (LHC) is the world’s biggest and most powerful particle accelerator, but for a few months in 1959 the Proton Synchrotron (PS) shared the same distinction.

The PS reached its full design energy of 24 GeV (later increased to 28 GeV) during the night of 24 November 1959, and the following morning project leader John Adams announced the achievement to staff in CERN’s main auditorium. In this photo he holds a vodka bottle that he had been given during a trip to the Joint Institute for Nuclear Research in Dubna with instructions that the contents should be drunk when CERN passed the Russian Synchrophasotron’s world-record energy of 10 GeV. The bottle in his hand contains a photo of the 24 GeV pulse ready to be sent back to the Soviet Union!