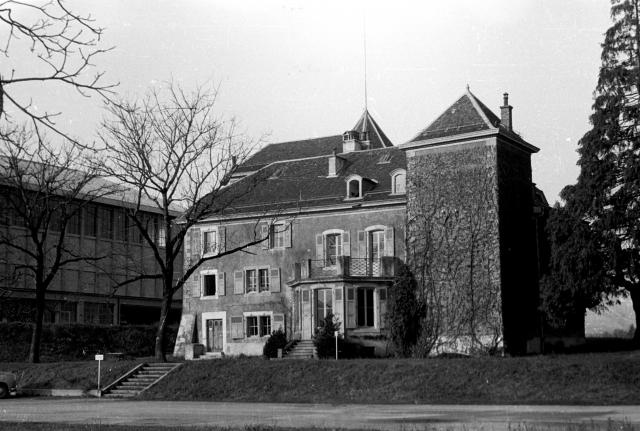 Even before the official creation of CERN in 1954, staff began to settle into temporary offices around Geneva. On 5 October 1953 part of the PS (Proton Synchrotron) Group, including Frank Goward, John Adams, Mervyn Hine, John and Hildred Blewett, Kjell Johnsen and Edouard Regenstreif, arrived to take up residence in offices that had been made available in the University of Geneva’s Institute of Physics . In the same month plans were made to convert the Villa de Cointrin (see photo), which later became the first headquarters for the CERN Directorate,  Administration and Finance Groups. The building was currently empty and in need of repair, and was being offered for an annual rent of around 3,000 CHF.