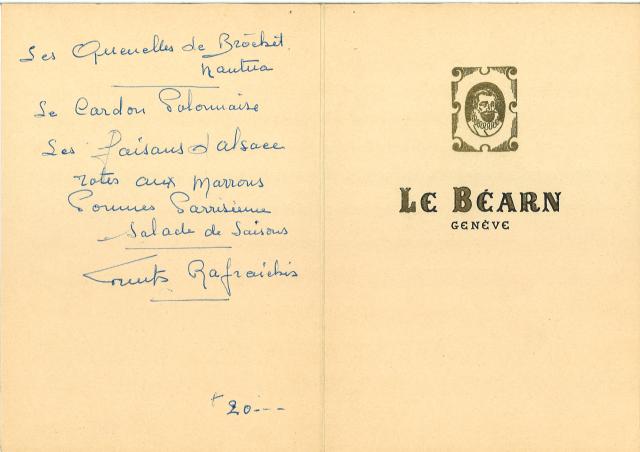 By 1962, with CERN’s long-term accelerator construction plans still not fixed, some member states were growing impatient to pursue their own projects. A meeting was called for January 1963, where Europe’s top high-energy physicists would thresh out the whole question of coordinating national initiatives with those carried out at CERN.

Reaching agreement between so many countries was never going to be easy, so Director-General Weisskopf suggested a pre-meeting of even more important people – CERN’s “Founding Fathers”. He felt an “informal exchange of view among people who are beyond the pure scientific level” - people committed to CERN’s aims and with experience in governmental matters – would help find “the best way in which to prepare a sympathetic response for the various European countries”. Discussions began over dinner at Le Béarn in Geneva on 19 December, and continued the next day. You can read the minutes of the meeting here. The top physicists duly met January, and became the European Committee for Future Accelerators.