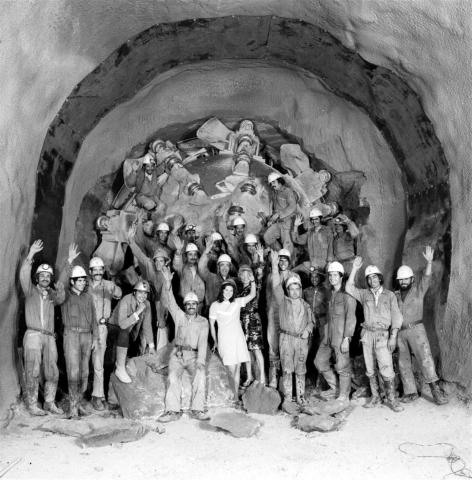 A few months after the signature of the agreement giving the go-ahead for the expansion of CERN into French territory, work began on the Super Proton Synchrotron (SPS). Two years later, on 31 July 1974, the Robbins tunnel-boring machine excavating the SPS tunnel returned to its starting point (see photograph). It had excavated a tunnel with a circumference of 7 kilometres, at an average depth of 40 metres below the surface. The tunnel straddled the Franco-Swiss border, making the SPS the first cross-border accelerator. More than a thousand magnets were needed to equip the ring. The civil engineering and installation work was completed in record time after only four years.