Find out when CERN's member states joined the organization. 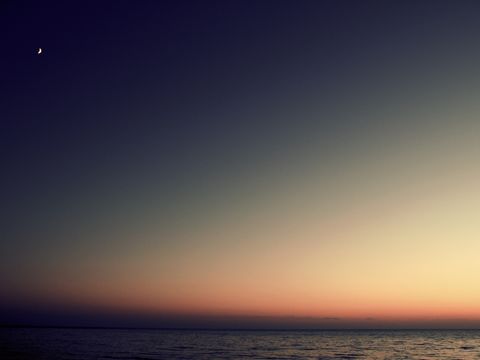 From CERN press release dated 24 March 2019: Today, CERN welcomes Serbia as its 23rd Member State, following receipt of formal notification from UNESCO that Serbia has acceded to the CERN Convention. When Serbia was a part of Yugoslavia, which was one of the 12 founding Member States of CERN in 1954, Serbian physicists and engineers took part in some of CERN’s earliest projects, at the SC, PS and SPS facilities. In the 1980s and 1990s, physicists from Serbia worked on the DELPHI experiment at CERN’s LEP collider. In 2001, CERN and Serbia concluded an International Cooperation Agreement, leading to Serbia’s participation in the ATLAS and CMS experiments at the Large Hadron Collider, in the Worldwide LHC Computing Grid, as well as in the ACE and NA61 experiments. Serbia’s main involvement with CERN today is in the ATLAS and CMS experiments, in the ISOLDE facility, which carries out research ranging from nuclear physics to astrophysics, and on design studies for future particle colliders – FCC and CLIC – both of which are potentially new flagship projects at CERN. Read the press release here.

On 17 July 2016, Romania became the twenty-second Member State of CERN.

Contacts between CERN and Romania began back in 1991, when a scientific and technical cooperation agreement was signed, establishing the legal framework for later developments.

Aspiring to become a full-fledged Member State and thus to contribute fully also to the governance of the Laboratory, Romania submitted its formal application to join the Organization in April 2008. The Agreement granting Romania the status of Candidate for Accession came into force on 12 November 2010.

Romania's scientific community at CERN has grown over the years and currently numbers around a hundred visiting scientists. Romania has particularly strong presence in the LHC experiments ATLAS, ALICE and LHCb. Romanian researchers and engineers also work at DIRAC and n_TOF at the Proton Synchrotron (PS), on the NA62 experiment at the Super Proton Synchrotron (SPS), and at the ISOLDE facility. Romania is also active in the Worldwide LHC Computing Grid.

At a ceremony today at CERN, the Israeli flag was hoisted for the first time to join the other 20 flags of the organization’s Member States, after UNESCO officially recorded Israel's accession as a new CERN Member State on 6 January 2014.

Following the ceremony, Mr Avigdor Liberman, Deputy Prime Minister and Minister of Foreign Affairs of the State of Israel, visited the LHC tunnel and the ATLAS experiment, accompanied by a delegation of officials and representatives of the Israeli scientific community.

"In my visit in CERN today, I have witnessed the frontiers of science. I have realized the scope of collaboration between Israel and CERN. Israeli scientists and their CERN colleagues share a dedication to scientific excellence, technological development and education. Israel and CERN share ideals and goals and therefore have a wide prospect for cooperation," said Mr Avigdor Liberman.

"I am very honoured as Director-General to welcome Israel as a new Member State. CERN and Israel have already a long history of mutual collaboration, and this day will undoubtedly be memorable, promising increasingly fruitful scientific cooperation between CERN and the Israeli physics community," said CERN’s Director-General Rolf Heuer.

On 29 September 1961, the Federal Republic of Yugoslavia gave formal notice to CERN of its intention to withdraw from the organization at the end of the year, after Yugoslavia struggled to pay its yearly contributions. This formal notice confirmed an informal advance notice given on 19 May, by a letter that was circulated to the CERN council.

At the request of the Spanish government, Spanish contributions to the CERN budget for 1964, 1965 and 1966 were reduced by 50%, 35% and 20% respectively. In a letter on 21 September 1966 to the Director-General the government asked for a further reduction of 35% from 1967 onwards. The CERN finance committee rejected the request.

At the 40th Session of council last year, Spain asked that her notice of withdrawal from the organization contained in her letters of 8 August and 30 October should be held in suspense whilst her authorities studied further the possibility of her remaining in CERN.

By letter of 2 June 1969, Spain notified the Director-General that no solution had been found possible and that consequently her withdrawal from the organization would take effect as from 31 December 1968.

The council is now invited to take note of the withdrawal of Spain from the organization.

In a letter dated 22 April 1960, the president of the council asked delegates of the member states whether their governments would be prepared to confirm the attitude which they had adopted in 1956 regarding an application by Spain for membership of CERN.

Agreement has already been received from Austria, France, the German Federal Republic, Greece, the Netherlands, Sweden, the United Kingdom and Yugoslavia, and it is expected that by the time of the council session agreement will have been received from all the other member states. The only question to be settled is the amount of the special contribution Spain would have to pay.

The return to CERN as a Member State in 1983 marked the renaissance of high-energy physics in Spain (read the press release). In the same year, a special programme for particle physics was created within the framework of the Spanish National Plan for research and development. The continuation of the original programme serves today to coordinate and fund most of the experimental and theoretical particle and astroparticle physics research in Spain.

A substantial part of the experimental high-energy physics activities in Spain is carried out at research institutes. Centro de Investigaciones Energeticas Medioambientales y Teconologicas (CIEMAT) in Madrid, Institut de Fisica d'Altes Energies (IFAE) in Barcelona and Consejo Superior de Investigaciones Científicas (CSIC) in Valencia play leading roles in detector construction and research-and-development activities. This effort is complemented by the activities of several other university groups such as Santander, Santiago de Compostela and Zaragoza, and research centres. Additional support to all groups is provided by the National Centre for Particle, Astroparticle and Nuclear Physics (CPAN). Several theory groups are very active in particle physics, studying a wide range of topics from phenomenology to mathematical physics. Spain also actively participates in most European Grid activities.

Spanish industry has participated in the construction of the LHC and its detectors, and has benefitted from an important transfer of technologies from CERN to Spain.

Portugal joined CERN as a Member State in 1986. The Laboratório de Instrumentação e Física Experimental de Partículas (LIP) was created at the same time to carry out all activities related to experimental particle physics, involving researchers from universities as well as LIP’s own scientific staff.

LIP's commitment to CERN programmes is presently based on LHC experiments and technologies (ATLAS, CMS and LCG), and the COMPASS collaboration. The Portuguese Institute for Nuclear Technologies (ITN) is leading the activity of a research team using the CERN ISOLDE facility.

The first contacts between Poland and CERN were established in 1959 when several scholarships were awarded to young Polish physicists from Cracow and Warsaw. This soon developed into a wider collaboration between CERN and Polish institutes. In 1964 Poland became an observer state at CERN, the only country from Eastern Europe to accede to this status. In 1991, Poland became the 16th member of CERN, and thus the first member state from the former Eastern block.

Today, high-energy physics in Poland is concentrated in six higher educational establishments and two research institutes. The biggest groups are active in Cracow and Warsaw. Polish groups have a widely recognized technical experience and good computing resources, and are well integrated in the international particle and astroparticle physics community. Strong groups participate in all LHC experiments building important parts of the equipment, such as radiation resistant silicon detectors and electronics for the inner tracking detector in the ATLAS experiment, electronics for the muon trigger in the CMS detector, straw trackers for the LHCb Outer Detector, and contributions to the lead-tungstate crystals for the photon spectrometer (PHOS) on the ALICE detector.

More than 100 Polish engineers and technicians from Cracow and Wroclaw participated in the commissioning of the LHC. Polish industry was also involved in the construction of the LHC and its experiments.

On 1 January 1991, Finland joined CERN as the organization's 15th member state. The Finnish government ratified the CERN convention and deposited the formal accession papers with the Director-General of UNESCO on 28 December 1990. On 28 January 1991 a full delegation of Finnish politicians and scientists came to Geneva to celebrate the official hoisting of the Finnish flag in front of the CERN entrance. The Finnish delegation was led by Jaakko Numminen, Secretary-General of the Finnish Ministry of Education and Science, and Antti Hynninen, Finnish Ambassador to the United Nations.

Present and future experimental activities are based on four cornerstones: the Helsinki Institute of Physics, which coordinates experimental HEP activities in Finland; a good laboratory infrastructure for semiconductor and gas detector construction and development; a strong local link between phenomenology and experiment, especially in the fields of new physics and quantum chromodynamics; and a good university education system. With the exception of CDF, all experimental and a large part of the phenomenological research are linked to CERN activities.

The highest priority of the Finnish high-energy-physics community is a successful completion of the approved Large Hadron Collider (LHC) programme. In parallel, it pursues a strong interest in a physics programme with a high-luminosity upgrade of the LHC, and post-LHC facilities such as a linear electron-positron collider or a neutrino factory.