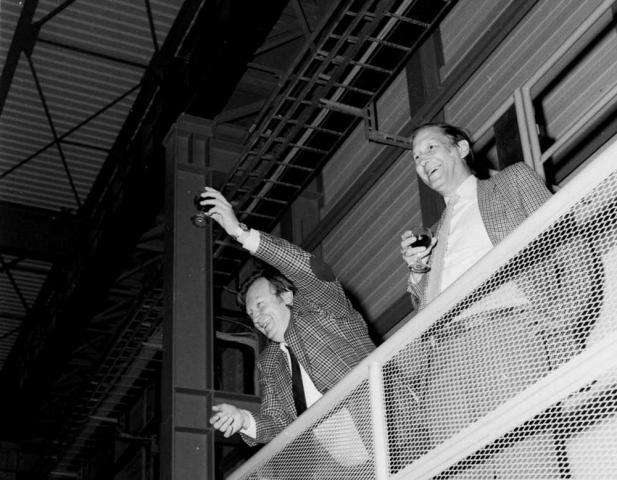 The discovery of the W boson is so important that the two key physicists behind the discovery receive the Nobel prize in physics in 1984. The prize goes to Carlo Rubbia (pictured, left), instigator of the accelerator’s conversion and spokesperson of the UA1 experiment, and to Simon van der Meer (pictured, right), whose technology is vital to the collider’s operation.

The discovery of the W boson is a significant achievement in physics that further validates the electroweak theory. It also helps to secure the decision to build CERN’s next big accelerator, the Large Electron Positron Collider, whose job is to mass-produce Z and W bosons for further studies.