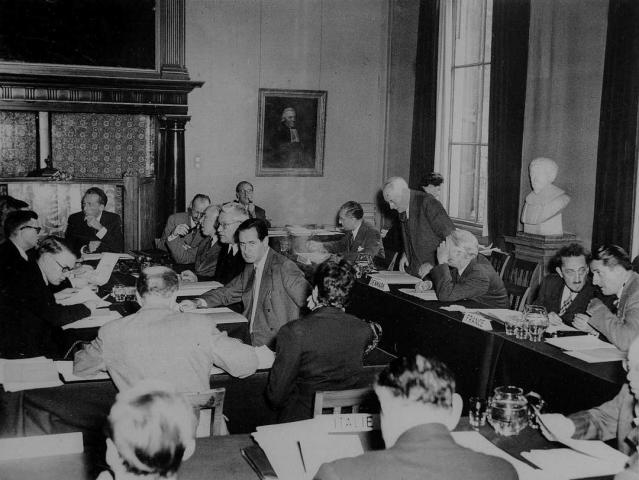 Geneva was selected as the site for the CERN Laboratory at the third session of the provisional council in 1952. This selection successfully passed a referendum in the canton of Geneva in June 1953 by 16,539 votes to 7332.

It was selected from proposals submitted by the Danish, Dutch, French and Swiss governments. But Geneva's central location in Europe, Swiss neutrality during the war and that fact that it already hosted a number of international organisations all playing a role gave it the edge. While preparations were being made to establish the laboratory in Geneva, theoretical work would be carried out in Copenhagen.