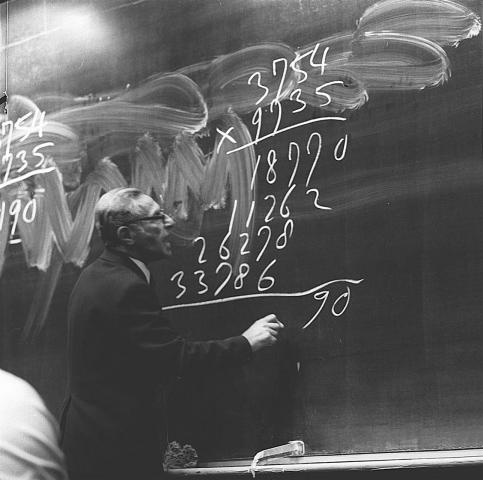 Before electronic computers were available at CERN, a Dutchman called Willem "Wim" Klein performed astonishing feats of mental arithmetic to help his colleagues with their calculations.

Klein was born in Amsterdam in the Netherlands on 4 December 1912. He first displayed his mathematical talents in circuses around Europe. He joined CERN's Theory Division in 1958, where he was in considerable demand as a calculator in the days before the first electronic computers.

On 27 August 1976, Klein calculated the 73rd root of a 500-digit number in 2 minutes and 43 seconds, a feat recorded by the Guinness Book of Records. He became known as "the human computer".

Klein was found dead in his home in Amsterdam on 1 August 1986. He had been stabbed to death. The killer was never identified.