Wolfgang Pauli learns that he has been awarded the Nobel prize 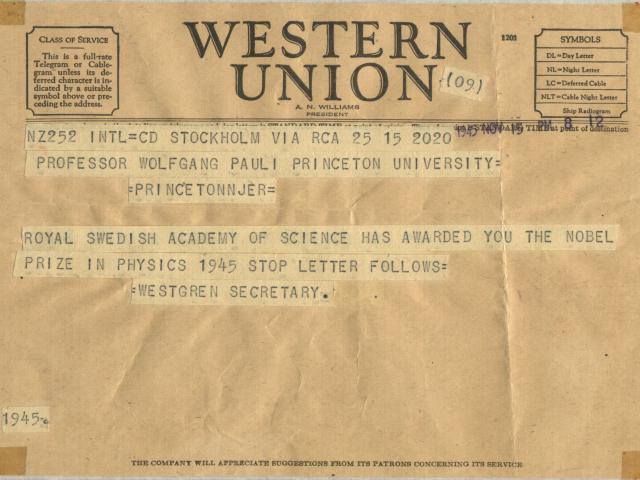 Wolfgang Pauli was awarded the 1945 Nobel prize in physics for his Exclusion Principle. When he received the telegram from Arne Westgren (15 November 1945) Pauli was working at the Institute for Advanced Study in Princeton, having left Europe for the USA during the Second World War. Pauli was the first resident member of the Institute to receive a Nobel  prize; his colleagues greeted it with great enthusiasm and the Director organised an official ceremony. Unexpectedly, after speeches by various distinguished guests, Albert Einstein rose to give an impromptu address, referring to Pauli as his intellectual successor. Pauli was deeply touched by this speech, recalling it in a letter to Max Born ten years later (24 April 1955), and regretting that, since it had been entirely spontaneous, no record of it remained.