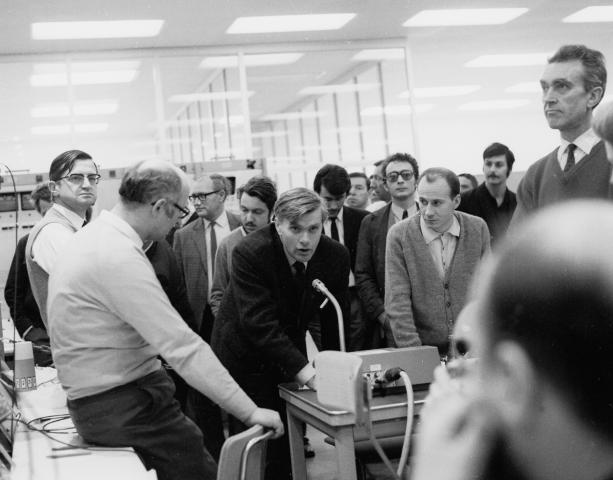 The scene is the control room of the Intersecting Storage Rings (ISR) on 27 January 1971. Kjell Johnsen, leader of the ISR construction team, has just announced successful recording of the first ever interactions from colliding proton beams. It was a triumphant moment, not least because the ISR had been an ambitious and highly controversial project, with several years of heated debate preceding its final unanimous approval by the CERN council in June 1965.

The interconnected rings, 300 metres in diameter and fed from the Proton Synchrotron (PS), ran from March 1971 until December 1983. At the official inauguration on 16 October 1871, Werner Heisenberg handed the President of the CERN council, Edoardo Amaldi, a golden key that controlled the transfer of protons from the PS to the ISR, symbolizing their hopes that the new machine would be the key to a thorough understanding of the world of elementary particle physics. He said such a symbolic key should first be in the hands of the experimentalists.  At the closure ceremony on 26 June 1984, the key was formally handed back to the theorists, in the person of Viktor Weisskopf.