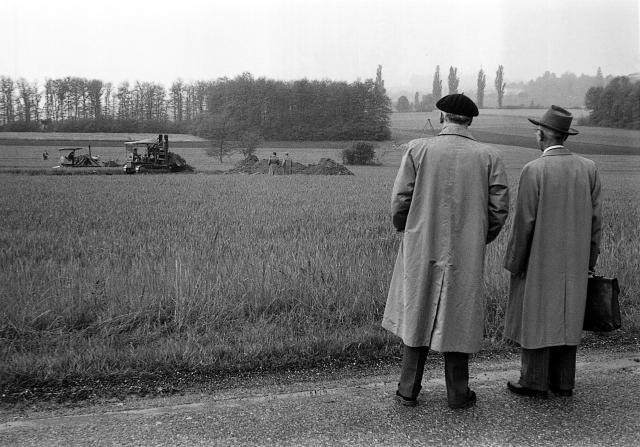 A historic moment passed almost unnoticed on 17 May 1954, as the first excavation work started in the Meyrin countryside and construction of CERN began. Future events of this kind were celebrated with speeches, press coverage and parties, but this was a quiet and purely unofficial ceremony.

Geneva had been chosen as the site for the proposed laboratory in October 1952 and approved by a referendum in the canton of Geneva in June 1953, but CERN’s status was provisional until completion of the ratification process at the end of September 1954. Nonetheless, CERN staff were already hard at work, and those based locally (at the Institut de Physique and Villa Cointrin) assembled in Meyrin along with representatives of the Genevan authorities and the chairman of the provisional CERN Council, Robert Valeur, to watch work begin on their new home.